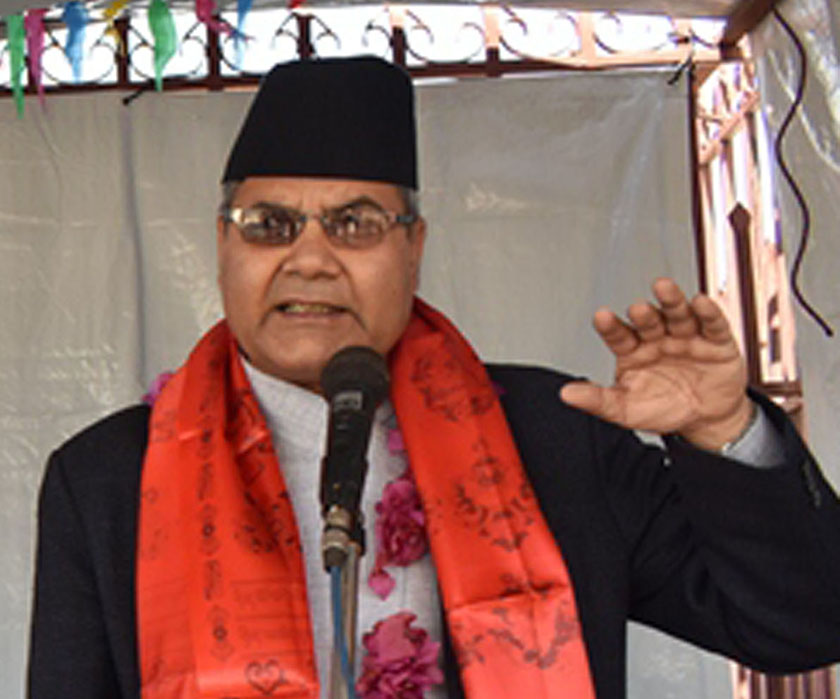 He said this while addressing a cultural programme organised by Communist Party of Nepal (CPN) Panauti municipality-2 and 3 ward committees at local Kushadevi today.
Minister Banskota urged the people not to have any iota of doubt that this government will indulge in corruption. He challenged any one to carry out investigation down to the seventh generation in his lineage if that person feels that he has indulged in corruption.
‘ I will become a lifelong slave of anyone who proves that I have taken money (in bribe) from any person anywhere,’ he said.
Minister Banskota, who is also the government spokesman, said the incumbent government was pursuing the campaign of making the country free of corruption. He however cautioned that no one has the right to slander a person without any basis.
The government spokesperson said the government was carrying out home work for the construction of big projects and it was also trying to bring investment to the country.
He insisted that the government was working steadfastly in the mega campaign of ‘Prosperous Nepal, Happy Nepali’.
”We are in the government with a mission of developing the nation and not for personal gain or interest. Our mission would not at all be wavered just because someone with ill intention curses the government in a teashop,” Minister Banskota said.