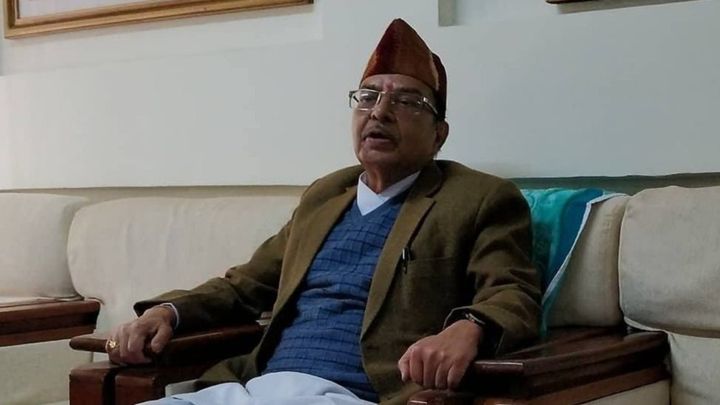 Kathmandu, May 3 : Acting Chief Justice Dipak Raj Joshi on Thursday stressed the need for the press to become more sensitive about news related to judiciary, while highlighting the importance of mutual relations between judiciary and the media.
Saying that the media is bias about cases that are sub-judice in the court, he pointed out the need for every journalist and media person to work adhering to the constitution, law and professional code of conduct of journalists.
“Media must be free from bias so that people’s right to information is ensured and democratic system developed,” he said while addressing a programme jointly organized by Freedom Forum, Federation of Nepali Journalists and United Nations Educational, Scientific and Cultural Organisation (UNESCO) on the occasion of World Press Freedom Day
On the occasion, Chairperson of the Commission of Investigation on Enforced Disappeared Persons (CIEDP) Lokendra Mallik recognised press freedom as an integral part of democracy.
Acting Chairperson of Press Council Kishor Shrestha said journalists should abide by their professional ethics and code of conduct so general people and other personalities should not be the subject to victim.
Former FNJ President and Freedom Forum Executive Chief Tara Nath Dahal underscored the need for ending impunity for crimes against journalists.
Freedom Forum Chairperson Hari Binod Adhikari said increasing incidents of violation of press freedom indicates lack of conducive working environment for journalists to work.
UNESCO Representative to Nepal, Christian Manhart highlighted ending attacks and mistreatment against journalists across the world.
Three media freedom status reports prepared separately by the International Federation of Journalists with support from UNESCO, the FNJ and Freedom Forum were launched on the occasion.
Also on the occasion, seven journalists—Rosha Basnet, Priya Laxmi Karki, Kalpana Maharjan, Rojita Buddhacharya, Doma Sherpa and Deurali Chamling—who are on an expedition to scale Sagarmatha (Mount Everest) were honoured with total cash prize of Rs 120,000. Motherland Nepal, a United States of America-based organisation, provided the prize.
A cheque of the amount was handed to FNJ President Gobinda Acharya so as to provide the cash prize to the mountaineers after the successful expedition.